Overseas Moving Explored – Who is Relocating to the U.S.?

When it comes to overseas moving, do you think you know who is relocating to the United States? With more data from a recent UniGroup Relocation Study, we have some information that may surprise you. 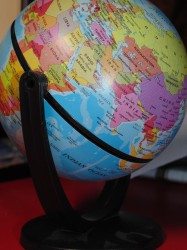 Continuing where we left off in our blog post about the “10 Most Popular Destination Countries for an International Move”, we have the second part of the story covering the origins of the overseas moving coming to the U.S.  So what might you notice first?

At first glance you may see how the top countries are still largely western cultures who have extensive and longstanding participation in U.S. immigration patterns. This includes the United Kingdom, Germany, and France. However, there are other patterns, too, that have a much more recent and strong trend to them.

Looking at the data below, do you notice any similarities to the destination countries we covered for overseas moving?

Where Overseas Moving Starts: 2014’s Top Origin Countries for Moves to the U.S.

Though the order is a bit different, the top 10 of both data sets contains an overwhelming number of the same countries, including a top five appearance by China. In fact, it may be a testament to the growing exchange of talent and culture between Asian countries and North America as China has taken a top spot while several of its neighboring countries place within top 15.

As for our own neighboring countries, we can also see how such international moves factor in, even if we don’t typically refer to such relocations as overseas moving. Most notably, we see enough people coming to the U.S. from Canada to give it a top four ranking as an origin country. However, it may surprise you to learn that Canada does not even appear on the top 15 destination countries for Americans. Meanwhile, Singapore is ranking in the opposite way as it takes its place on the top 10 destinations list but does not break the top 10 as a point of origin.

So what does all this mean? You can certainly see some traditional paths reaffirmed (with Europe) and some new trends coming to light (especially with Asia), but we’re wondering what you’re seeing with your business. We invite you to share with us where your international hires and transfers are happening and what you predict for the future of overseas moving.

10 Most Popular Destination Countries for an International Move