10 Most Popular Destination Countries for an International Move

When you find HGTV’s “House Hunters International“ playing in your house, you may take special notice of the program featuring countries that also appear in a recent UniGroup Relocation Study. Covering the top destination and origin countries for an international move, this study has some very interesting information when you dive into it. 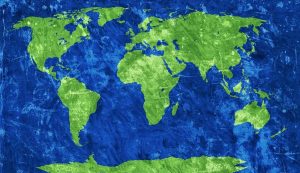 You may be surprised to see how the list includes locations spanning the entire globe and are quite diverse in other ways as well. Though there are some distinct differences between the countries on this ‘international move’ list and our coverage of countries with the lowest cost of living, the diversity factors in each list is strikingly similar.

Another interesting takeaway is how two economic powerhouses measure up: the study shows that fewer Americans made an international move to China in 2014. This decrease caused China to drop three spots on the list of destination countries. According to the study, Americans moving east are looking to other countries in the Asia Pacific region instead. This includes Japan, which moved up four spots on the list of top destination countries, and Singapore, which jumped six spots from No. 10 to No. 4.

“The decrease in moves from the United States to China is a result of a slowdown of the Chinese economy. China’s economy had grown nearly 15 percent per year for the past several years, but slowed to about 7 percent growth in 2014. While this is still positive, it is a large reduction in growth from recent trends. The fact that the United States saw a moving deficit to only a few countries on the top of the destination and origin lists reflects the U.S. economy’s continued strength internationally.”

This quote by Michael Stoll, economist, professor and chair of the Department of Public Policy at the University of California, Los Angeles, shows how there are likely some important economic reasons why the Asia Pacific market has shifted this way. You may see similar reasons behind shifts on the rest of the list as well.

2014 Top Destination Countries for an International Move (from the U.S.):

Beyond the top 1o international move countries listed above, the list was rounded out by Brazil, Belgium, United Arab Emirates, Hong Kong, and Italy. With Europe only represented by less than half of these destinations, this corresponds with a trend in decreasing moves from the U.S. to Europe.

As we consider this information, we’re wondering: does this correspond with your potential to make an international move?

Check back for our next blog post about how international move data factors in and analyzes the top origin countries.

Overseas Moving Explored – Who is Relocating to the U.S.?